Takeaway: Along with Basal Body Temperature (BBT) and cervical mucus, tracking your cervical positions can help you identify your fertile window.

In addition to the commonly charted cervical mucus changes and Basal Body Temperature (BBT) changes of the menstrual cycle, cervical position, texture, and openness can be a useful guide in identifying the fertile time. Below is a guide to using cervical observations to chart your fertility.

Where is the Cervix Located?

While the cervix is often referred to as if it is a discreet thing, it is actually the name given to the lower portion of the uterus. It is the part of the womb that extends into the vagina and can be palpated with your finger. It is also the passageway which a baby must pass through when being birthed vaginally. When unaroused, a vagina is typically 3-4 inches long, with the cervix located at the end. The cervix can be easily palpated with an index finger. It should feel like a "snout" at the end of your vagina.

How Does the Cervix Change During your Cycle?

The opening to the cervical canal, the "tunnel" between the vagina and the uterine cavity, is called the "os." The os must open in order to allow cervical mucus out, and to allow sperm in. For this to happen, the entire cervix softens. When the cervix is soft it feels like the texture of your lips. When it is hard it feels like the cartilage in your nose.

Why Does Cervical Position Fluctuate?

Indication of Fertile Time - During Ovulation Cervix is Open, Soft, and High

At ovulation, the cervix should optimize the chances of conception. This means:

Indication of Infertile Time - Cervix is Closed, Hard, and Low

At times of infertility, the cervix should protect the uterus from infection. This means:

What Does a Low Cervix Mean?

Typically a low cervix signals a time of low fertility. However, if your cervix is always low you may have what is called a prolapsed uterus. Good pelvic floor health is critical to the correct placement of organs in the pelvis. If you suspect you may have a prolapsed uterus (a uterus that is falling into your vagina) then it is a good idea to seek out the help of a specialist.

How to Perform A Cervical Check

Many of these distinctions will be difficult to make until you have experienced the full range of changes. These delineations - hard/soft, open/closed are easiest to make when you have experienced the full spectrum of changes, so observing and charting through one entire cycle is usually necessary before being able to differentiate with any level of confidence. Be sure to sit or stand in the same position whenever doing your cervical examinations as your cervix will feel different depending on how gravity is acting upon your organs.

The most important aspect of charting cervical changes is determining what is fertile for you. This requires charting for a full cycle and comparing observations against other primary fertility signs. Variations in pelvic floor health, amount of relaxin production, previous pregnancies, individual anatomy, and obesity can all impact the positioning of the reproductive organs within the pelvis. For this reason, identifying the change that marks the shift into fertility is what is important, more so than the individual position. 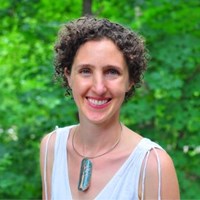