Ashley is a team member of the Midwest Center for Reproductive Health Maple Grove, Minnesota, where she is a Clinical Embryologist and the IVF Laboratory Supervisor. In addition, Ashley travels all over the United States as a per diem embryologist and consultant for MedTech for Solutions. She received her Bachelor's Degree in Animal Science and later her Master of Science in Reproductive Physiology from the University of Minnesota. She has been a clinical embryologist/andrologist in the Twin Cities since 1999. She earned her Embryology Technical Supervisor certification in 2006 from the American Board of Bioanalysis.

Ashley began her career in bovine IVF research at the University of Minnesota investigating protein and antibiotics supplementation in media and factors affecting in vitro fertilization. She participated in research studying intrafollicular AMH levels and FSH sensitivity and responsiveness. More recently, she was certified at the University of Minnesota Stem Cell Institute in Essential Human Embryonic Stem Cell Culture Methods.

As a member of ABB, ASRM, CRB and the American College of Embryology she is able to collaborate with colleagues across the country for keeping current with patient safety, emerging laboratory technology, improved blastocyst culture, vitrification, trophectoderm biopsy. Her role as an inspector for the College of American Pathologists allows her to coordinate ongoing quality assurance and quality improvement for IVF labs all over the United States. She has participated in the rigors of and certification for ISO 9001-2000. She has provided testimony for Senate Committees in the development of the Minnesota Laboratory Licensure Bill and has involvement in supporting the development of Embryology as an identified profession.

As an embryologist at several very successful IVF programs in Minnesota, she joined the Midwest Center for Reproductive Health, PA (MCRH) in 2011, as a laboratory supervisor. Randle Corfman, MD, PhD, Director of MCRH, has acknowledged the fact that Ashley has contributed positively to the maintenance of exceptional implantation and pregnancy rates. “In addition to being an outstanding embryologist and team leader, Ashley excels in bridging the communication between the scientific and clinical aspects of this challenging field.” He finds her ability to communicate effectively and warmly with patients regarding relatively complicated scientific processes to be refreshing.

Ashley enjoys being an instructor at OvaTools Training Institute, she enjoys teaching, training and mentoring new embryologists. She volunteers at elementary, middle and high schools lecturing on reproductive and general science. It brings her great satisfaction to invest in our next generation of scientists. 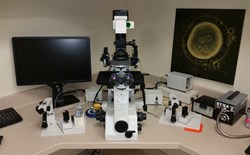 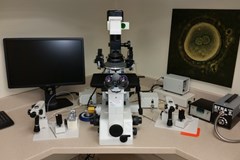 
An embryologist explains the process of ICSI and if this is an IVF extra you should consider. 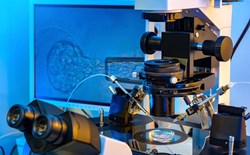 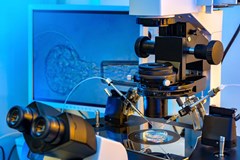 What You Should Know About Your IVF Lab


The lab where your embryos are grown can impact your IVF success. 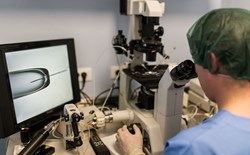 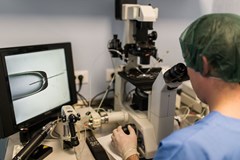 
Here are 5 things to know about your IVF journey from an embryologist's perspective.

Gift Ideas For Someone Experiencing Infertility

Sometimes Getting Pregnant is Not the Issue