Definition - What does Acrosome Reaction mean?

After intercourse, sperm swim through the female reproductive system in search of an egg. When the sperm locates the egg (typically in a fallopian tube), fertilization is attempted.

An egg released during ovulation is coated in a thick layer of clear membranes, called the zona pellucida (ZP). In order to penetrate the egg, the sperm has to break down the ZP coating. A cap over the sperm’s head, known as the acrosome, is filled with enzymes that release when an egg is located.

The enzymes have digestive abilities, and dissolve the coating on the egg, creating a vulnerable gap for the sperm to enter. Once completed, the sperm is able to enter the egg through the gap in the ZP. This allows the sperm to fertilize the egg.

In some cases, the acrosomal reaction cannot occur, preventing fertilization from occurring. When the prevention is caused by health factors of the egg or sperm, it can lead to infertility.

Complications of the acrosomal reaction include: 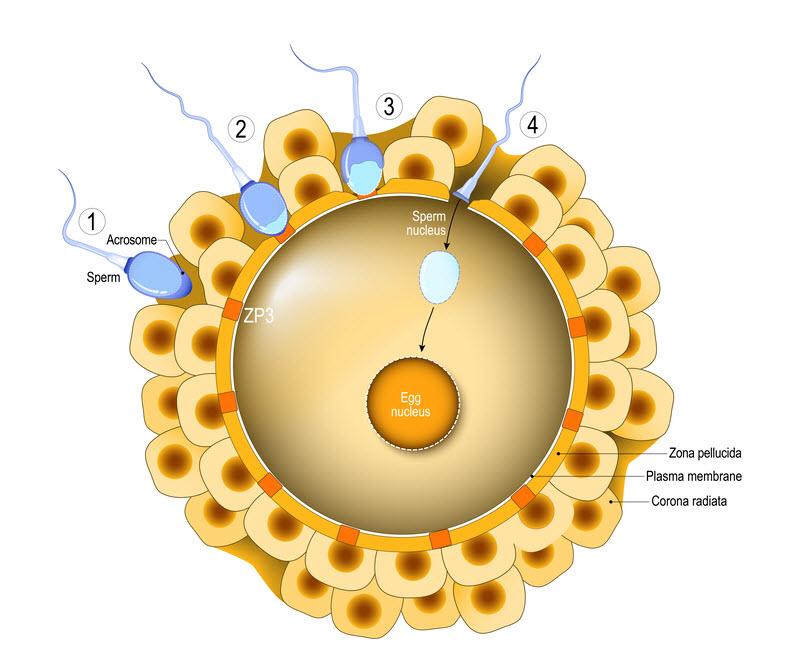 1. Sperm contacts the surface of an egg. 2. Acrosome reaction. 3. Sperm nucleus enters the cytoplasm of an egg. 4. The fusion of two gametes.

Medically Reviewed by Dr. Oreoluwa Ogunyemi, Urologist
on April 7, 2020
FertilitySmarts uses high-quality sources to support the facts within our content including peer-reviewed studies, academic research institutions, medical organizations, and governmental organizations. Learn more about how we ensure content is accurate by reading our medical review policy.
Share this:
ADVERTISEMENT

Gift Ideas For Someone Experiencing Infertility