An obstruction in the vas deferens or the ejaculatory duct may stop sperm from entering the urethra during ejaculation and can result in low sperm counts and infertility. Therefore, assessment of the patency or openness of the vas deferens is important in the evaluation of male infertility.

An obstruction in the male reproductive tract can be caused by an infection, surgery or trauma. Rarely, abnormalities can occur during the development of the tubes resulting in either incomplete or absent vas deferens from birth.

Not all patients with male infertility require a vasogram. If a male has a very low sperm count, laboratory studies, including testosterone levels, and sometimes genetic tests are done. These studies check for normal sperm production.

A low sperm count and the presence of normal spermatogenesis or sperm production indicates a possible obstruction in the tubes. If both of these are found and the physical examination suggests obstruction of the vas deferens, an ultrasound may be done to check for obstruction. If more information is needed, a vasogram can be done to locate the exact place of obstruction in an effort to correct the obstruction.

The procedure is done in a procedural or operating room under local or general anesthesia. A contrast medium (dye) is injected into the vas deferens through a small incision made on the scrotum and then serial X-ray films are taken that capture the dye moving through the tubes.

Performing a vasogram can be associated with several complications. The procedure itself can cause obstructions in the vas deferens if not done correctly. There is also a risk of a hematoma (bleeding in the scrotum) or infection developing at the site of the incision in the scrotum. These complications are uncommon, and steps are usually taken to minimize them. 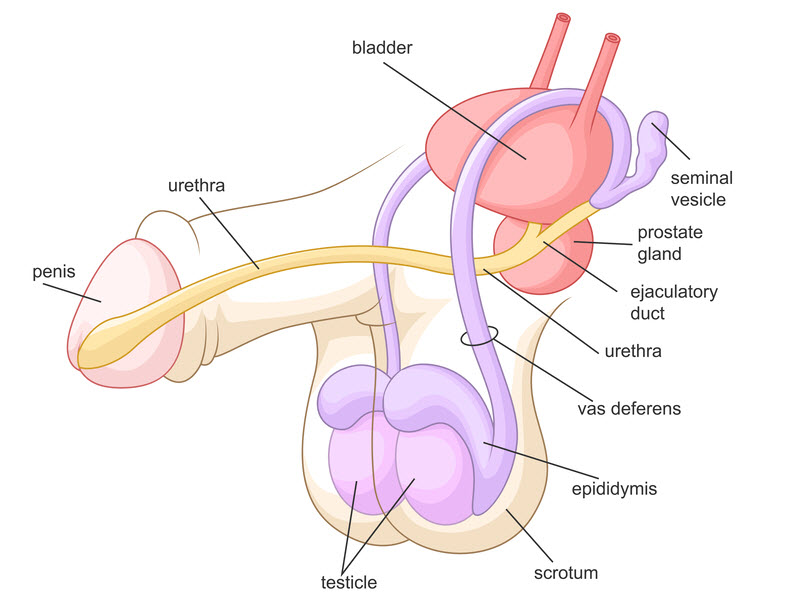