What Does Sperm Morphology Mean?

In addition to sperm morphology, a semen analysis also measures sperm count, concentration, motility and the volume of semen. The semen is analyzed under a microscope and the percentage of normal sperm is estimated. Strict (Kruger) criteria look at multiple sperm characteristics.

Features of a Normally Shaped Sperm

A typical sperm is shaped similar to tadpole:

While abnormalities can occur in any of these areas, the importance is that these defects can impact the ability of sperm to locate and fertilize an egg. Examples include a misshapen head or a split tail. 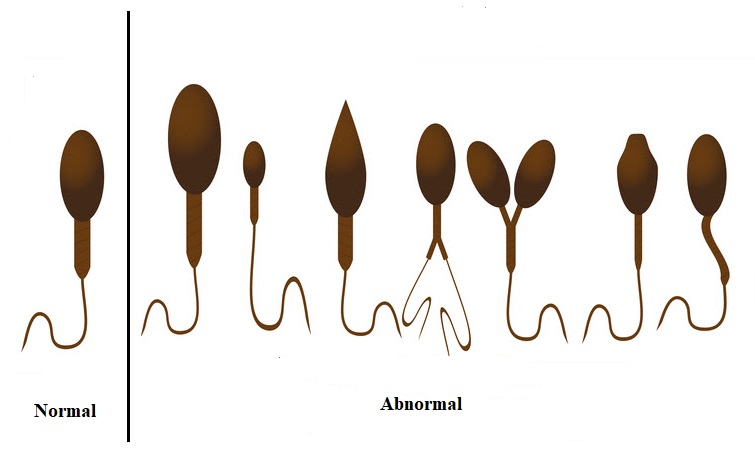 Yet, abnormal sperm can still fertilize an egg. One study found that 22.9% of men with 0% normal morphology were able to conceive naturally, compared to 55.6% of the men with normal morphology. Additionally, these misshapen structures do not necessarily mean that there are problems with genetic material.