While there is no straightforward answer to questions regarding the absolute limit of female fertility, there are indicators that can provide an estimate.

At the time of birth, a female baby has over six million eggs in her body which reduces to several hundred thousand as puberty hits. As she ages, the total number of eggs in ovaries keeps falling, sometimes to a level where the ovaries lose their reproductive potential.

A woman's fertility decreases as she ages, but the exact age when a woman can no longer conceive varies from woman to woman. Women of the same age can have different ovarian reserves, and thus their likelihood of getting pregnant also varies —one may conceive very easily, while the other may not.

While there is no straightforward answer to questions regarding the absolute limit of female fertility, there are indicators that can provide an estimate. A woman's ovarian reserve predicts her fertility potential in the absence of any other problems.

Ovarian reserve provides an estimate of the number of remaining eggs in a woman, and how well the ovarian follicles are responding to the hormonal signals from the brain. There are a number of tests known as ovarian reserve tests (ORTs), which have been developed to help assess egg quantity and response to fertility treatment.

Ovarian reserve tests are markers that provide an estimate of a woman's remaining pool of eggs. One common way to test ovarian reserve is by measuring hormone blood levels.

However, it is important to keep in mind that laboratory procedures and “normal” levels vary from lab to lab. It can be difficult to compare results from one laboratory to another.

Follicle-stimulating hormone (FSH) and estradiol levels are tested by measuring blood levels at the start of the menstrual cycle. This is usually done on cycle day 3, but it can be drawn from day 2 to 5. These hormone levels can show important information about how the ovaries and pituitary gland are working together.

In lower ovarian reserve cases, the levels of FSH start rising earlier than normal typically towards the end of the prior cycle, causing the egg and follicle to start to grow and produce estradiol earlier. With this sped-up development, the egg does not mature properly.

In general, women whose cycle day-3 levels of FSH and/or estradiol are high are considered to have a low ovarian reserve. Compared to women with normal levels, they are less likely to respond to medications for assisted reproductive technology (ART).

Anti-mullerian hormone (AMH) test is another test of ovarian reserve that measures the levels of AMH in blood levels. AMH is a hormone made in the follicle and is related to the number of eggs.

Women with high FSH levels either before or after the medication, have lower pregnancy rates with any assisted reproduction treatment. The clomiphene citrate challenge test is not routinely performed as part of the standard fertility workup.

Ultrasound assessments of the ovaries and uterus can also provide information to help determine ovarian reserve. This includes the antral follicle count (AFC), the ovarian volume and blood flow, and some uterine dimensions.

Antral follicles are the small (2mm-10mm) follicles in the ovary where eggs start to develop. A transvaginal ultrasound may be done in the early part of the menstrual cycle to count the number of antral follicles. This number can provide an estimate of how many eggs are available and can indicate a woman’s expected response to gonadotropin medicines that are used in assisted reproductive technology.

It is important to remember that no test for ovarian reserve can predict your ability to spontaneously conceive. Additionally, a normal test tells you that your ovarian reserve is normal today, it cannot predict what your reserve will look like in one year or three years. The tests simply tell you egg quantity and how well you are likely to respond to fertility treatment.

Diminished ovarian reserve, (DOR), describes women of reproductive age who have a regular menstrual cycle, but whose natural ability to become pregnant or to respond to ovarian stimulation during assisted reproductive treatments is reduced when compared to women of a similar age.

Diminished ovarian reserve is distinct from menopause or premature ovarian failure. There may or may not be any symptoms. Difficulty getting pregnant may be the earliest and only sign.

A woman is born with all the eggs that she will have in her lifetime. These eggs get depleted with age, both due to the fact that they get mature and are released during ovulation, and also due to a simultaneously occurring process of cell atresia, in which for every egg that is ovulated, others are also depleted.

This is why later life women have fewer eggs, egg quality decreases due to aging, and eggs have more abnormalities in their chromosomes (genetic material). All these factors combined contribute to why older women have lower pregnancy rates and higher miscarriage rates.

Can diminished ovarian reserve be treated?

Unfortunately, there is no treatment for low ovarian reserve. Ovarian aging is irreversible. Once eggs have been depleted, there is no way to generate new eggs.

For women with a low ovarian reserve who are wanting to become pregnant, assisted reproductive technologies with the use of allied medications e.g. growth hormone and DHEA, are used in an attempt to improve the number of eggs retrieved by ovarian stimulation.

Optimizing weight, diet, and stress, and cessation of use of tobacco, alcohol, and recreational substances can also be tried in an attempt to improve response to ovarian stimulation.

The use of an egg donor is an additional possibility. 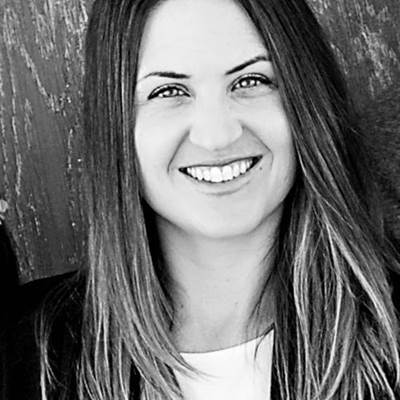 Kelly Park is the founder and editor-in-chief of FertilitySmarts. She is passionate about fertility education and shining light on the many ways people can become parents. Kelly holds a Bachelor of Arts degree in English Literature and a Master of Education degree in Educational Policy from the University of Alberta. She is a firm believer in the FertilitySmarts mission to help people get smart about their fertility.