The Comment About My Infertility That Hurt the Most

There likely isn’t any helpful advice you can give a person experiencing infertility, but you can offer your support.

I could write a book on all the “helpful” hints my husband and I received when we started our infertility treatments. Everything from “Take a vacation! That’s how I got pregnant!” to “Are you sure he’s doing it right?” (Yes, someone actually said that to me.)

Some of the comments were jokes meant for a laugh, but most fell flat. Some were advice meant to be taken seriously, but it was not what I needed to hear. There was one remark made by numerous people, however, especially in the early days, that always seemed like a sucker punch to the gut: “you’re still young, you have time!”

I remember telling a co-worker about our difficulty trying to have a baby. She said “You have time,” leaning into me, “You guys are young. It will happen.” The thing is, by that point, we had already done twelve rounds of Clomid, and three rounds of intrauterine insemination, which all resulted in negative pregnancy tests. We were even starting the process for in vitro fertilization (IVF).

These comments about my age were made to sound like time will magically cure my infertility. Why were these remarks so hurtful?

Telling me that we still have time to try for a baby when I was already struggling felt like the equivalent of telling me that I was being silly for worrying so much. It didn't acknowledge my struggle and what I had already gone through when it came to fertility issues. In fact, it only succeeded in contributing to the enormous pressure I felt.

I knew I was young. But I also knew I wasn't getting pregnant. While someone may have thought they were providing reassurance, all it did was emphasize the failure I was already feeling.

Infertility is Not a Condition Limited to Older Women

Age is not the only factor in the diagnosis of infertility. Comments about my young age implied that only older women have trouble getting pregnant. The truth is, there are many reasons why couples struggle to conceive that have nothing to do with age. Conditions such as hormone imbalances, receiving cancer treatments as a child, or genetic issues are all medical diagnoses that don’t improve as a woman ages.

While it is true that aging adversely affects women's fertility, it is still possible for women to have poor egg quality at a young age—as was my case. Just because someone is young doesn't mean that they won’t have difficulty getting pregnant without medical intervention.

For Me, Medical Intervention was Necessary

The cold, hard reality is that time itself was not going to get me pregnant. I wanted it to happen the old-fashioned way. I would have even been OK with not getting pregnant immediately. But the fact was that my hormone levels were off. This lead to a diagnosis where my husband and I were told that my eggs were to blame and I would need an egg donor if I wanted to carry a child myself.

This was followed by days filled with phone calls to the clinics, doctor appointments, and injecting hormones into myself. Having people make casual comments that I was "still young" and had time to get pregnant minimized everything I had been through medically, and diminished the very real physical reason why it wasn't happening.

So, What Should You Say Instead?

The next time someone shares their concerns with you, just consider yourself humbled. Talking about something so private is hard to do and they chose you to share their struggles with. Simply acknowledging that this experience must be difficult for them is enough. Saying, “I’m so sorry you’re going through this. That’s so frustrating,” will suffice.

Also, ask how you can support them. My favorite thing people would say to me when I just completed a cycle that ended in failure was: “that sucks. Let me buy you a drink.”

If I took to heart what people told me, that I was still young, that there was still plenty of time at the age of twenty-three, and sat back and didn’t actively pursue getting pregnant, I would still be in the same situation I was seven years ago. I would still have a genetic mutation that causes me to lose babies. I would still have diminished ovarian reserve. None of my medical conditions would have gone away.

My advice to avoid sending an accidental sucker punch when someone shares their struggle with infertility with you: offer support and save the advice. 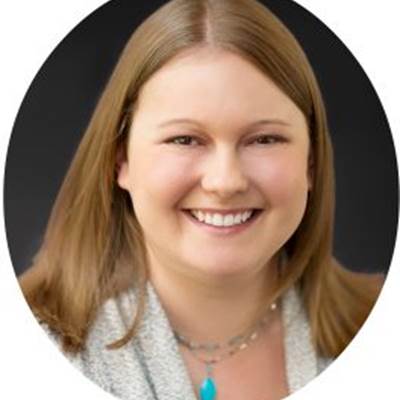 Risa is a registered nurse turned freelance writer from the Midwest who began blogging back in 2012 about the path infertility has taken her down. After undergoing three IUIs, three IFV cycles, and two donor egg cycles, her daughter was born after six years of struggling to conceive. She is the author of the website Risa Kerslake Writes and her favorite topics are parenting, infertility and what happens when the two collide. Her work has appeared in Parents, Vice, What to Expect, Romper, Mom.me, Savymom, Sheknows, Today's Parent, Motherly and Healthline.

10 Things You Should Know About Exercise During IVF

Why I Chose To Be Open About My Infertility

The Surprising Fertility Advice I got from my IVF Doctor