What is the difference between IUI and IVF?

It's common for patients to be confused whenever I talk about IUI or IVF. These are the alphabet soup terms in the field of reproductive endocrinology. Intrauterine insemination (IUI) is when a tiny catheter passes sperm through a woman's cervix into the uterine cavity as a method to improve fertility. In vitro fertilization (IVF) is when eggs are removed from a woman's ovaries and then insemination occurs for fertilization in the laboratory, and then we transfer an embryo back into the woman's uterus. These two are pretty distinct treatment options for patients and there are also advantages and disadvantages to each.

IUI is also often called artificial insemination. There are many reasons why a woman or a couple would want to choose IUI cycles.

IUI can be done without fertility medication. An example would be when using donor sperm. With a single woman, a same-sex couple or a heterosexual couple, or if the man doesn't have sperm, we can just obtain sperm from a donor bank and then gently pass that into the uterine cavity with IUI when a woman’s ovulating.

When we talk about IUI cycles for fertility treatment, that's when we give the woman medication to increase the number of eggs that she normally ovulates. There are two different ways we could use fertility medication.

Certainly, we are conscious of the risk of multiple births and we do everything to try to reduce that. But intrinsic in the treatment cycle is to increase the number of eggs. So we monitor patients on these medications. They’ll either ovulate naturally or with medication to give a trigger shot (usually with a hormone called HCG) to mature and release the eggs from the follicles. Then we time the IUI procedure to be done about 24 to 36 hours after the trigger injection.

With IUI, the sperm is frozen or the man produces sperm sample the morning of the procedure. The sperm is washed in a special gradient or special media in the reproductive laboratory and concentrated in a very small volume. The sperm and the liquid, we count as a total motility to say how much sperm is in that liquid. I would say we’re talking about a 0.05 cc of volume - a very, small volume. When we look at the total numbers of sperm that are after the wash, we typically like to see at least 5-10 million.

The insemination is usually very simple and if the partner is in the room, I usually have them press the plunger and put the sperm inside the uterine cavity. The patient does not have to rest, as a matter of fact, a recent article showed that there’s no advantage to resting right after IUI.

Success with IUI is based on a woman’s age, with about a 10-20% chance on a monthly basis. If a woman is ovulating, you can go about three months and after that point, you start seeing diminishing return after those, and we look into doing in vitro fertilization. If you don't ovulate, we’ll go up to maybe four to six cycles.

With an IVF procedure, a woman typically uses injectable stimulating medication to produce multiple follicles with eggs. After about 10 days of the other injection that involves ultrasound monitoring and blood work, then we perform a procedure about 36 hours after that trigger injection again. But this time, we don't want the eggs to be released inside of the body. The woman is sedated and we go in under ultrasound guidance and a little tiny needle goes in the back of the vagina into the ovary and we vacuum up the eggs. It takes about 15,-20 minutes and the patient is home within an hour or so.

We add the sperm to the eggs in the laboratory and that embryos form and develop. And then we transfer the embryo back inside, usually about five days later, sometimes sooner based on circumstances.

IVF tends to have a much higher pregnancy rate based on age compared to IUI. It certainly is more costly, but there are additional advantages with IVF over IUI including having extra embryos to freeze, and the ability to do chromosome testing.

This is a decision for you and your doctor. There's a need for consultation to discuss the options of IUI versus IVF and what is right for you. 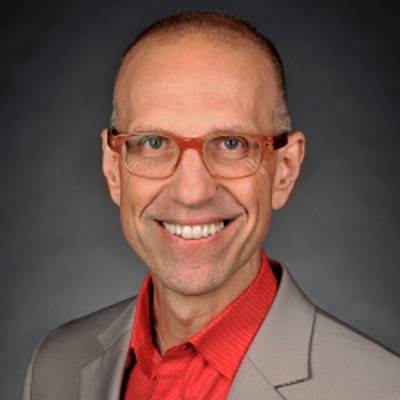 Dr. Mark Trolice is double board certified in Reproductive Endocrinology & Infertility (REI) as well as OB/GYN. He maintains annual recertification in these specialties and has been awarded the prestigious American Medical Association’s “Physicians’ Recognition Award” annually for many years now. He is the director of Fertility CARE: The IVF Center in Orlando, FL, as well as Clinical Associate Professor in the Department of Obstetrics & Gynecology (OB/GYN) at the University of Florida in Gainesville and the University of Central Florida in Orlando where he is involved in the teaching of OB/GYN residents and medical students. He is also the Lead Surgeon and Egg Donor Bank Medical Director for Cryos International. He is the voice behind The Fertility Health Podcast and the author of The Fertility Doctor's Guide to Overcoming Infertility.

More Q&As from our experts

Term of the Day

Aunt Flo (AF) is another way to say menstrual period. The term was coined in reference to unwelcome family members who show...
Read Full Term