Just because we can do it doesn't mean we should do it, but ICSI generally falls on the 'should' side of things.

As an embryologist, my motivation is to help you build your family while reducing the impact that unnecessary procedures might have. I am a little old school in my approach to embryology. Just because it is cool and we can do it, doesn’t mean that I think we should do it—especially without long-term research on how the technology we use impacts you and your children.

One of the procedures that your clinic might recommend is called intracytoplasmic sperm injection (ICSI). The intent of this article is to give you a brief understanding of ICSI and to offer some context and questions to ask your provider that may help you navigate your decision. Let's take a closer look at ICSI.

How ICSI Came to be

ICSI was first discovered in the early 1990’s. Achieving fertilization was a huge issue when IVF first started. We could get the eggs out of the body but often did not achieve fertilization, which meant having no embryos to transfer back into the uterus. Rather than continuing with the process of insemination where sperm and egg are mixed in a Petri dish and hoping fertilization would occur, the idea to put a sperm in the egg came about. From there tools and systems were developed and refined. The first round of research tried injecting the sperm into the shell of the egg with little success. The next step was to inject a sperm right into the cytoplasm of the egg, which worked and is what is currently done with ICSI.

With a solution to the previously encountered fertilization barrier, the IVF industry—and success rates— took off. This approach of using a "workaround" has been a continuing theme in the field. Often we do not know or understand the cause of a patient’s infertility, but we can use technology as a workaround.

What Exactly Is ICSI?

So let’s back up a little. What exactly is ICSI? ICSI is one of the two procedures that can be used to fertilize eggs after they have been removed from a female body. Insemination involves mixing sperm and eggs in a Petri dish and hoping that fertilization occurs. ICSI involves injecting one normal sperm right into an egg to achieve fertilization.

How is ICSI Done?

Before the eggs can be fertilized, they need to be treated and prepared for the procedure. When an egg is removed from a follicle it is surrounded by a mass of cells called cumulus cells. These cells are communicators, protectors, and feeders. They are the link between the follicle and the egg. In order for an egg to undergo ICSI, these cumulus cells need to be removed. Most laboratories use a naturally occurring enzyme to break the bonds between the cells and the egg. Once the removal is done, an egg can be evaluated and micromanipulated, which involves using a device to achieve greater precision than a human hand could. There is nothing about this stripping process that can improve or change the stage of maturity, cellular functions or chromosomes of the egg. This process is also not easy on the egg and in the natural system these cumulus cells would stay with the egg during ovulation and help the fallopian tube cilia transport the egg to the uterus. There is a resting period for the eggs after the stripping process.

On the day of retrieval, a sperm sample is prepared to be used for the ICSI procedure. This sperm sample can be from a recent collection or from a sample collected and frozen for future use. Some research shows that fresh is best, but there are many factors that play a role in that decision. The success rates between the use of a fresh or frozen sample are negligible and it is generally thought that when ICSI is used, is not worth the risk of not having a sample from a male who is not able to collect on the day of retrieval due to stress or pressure.

An embryologist cannot improve the sperm. At this stage in the treatment process, the sperm are what they are. We can only evaluate and document the cells we are given and cannot improve their cellular functions or genetics. We can at best do no harm while we are trying to facilitate fertilization.

After the egg stripping process and resting period, the embryologist takes the sperm that has been prepared for the ICSI procedure (washed and separated from the seminal plasma) and selects the “best” sperm that has been provided. Each sperm is evaluated for motility and morphology. If the sperm is moving, is it viable or alive. Sperm morphology is the shape of the sperm including the head, midpiece, and tail. An embryologist picks the most normal or oval sperm head shape they can find. Not all males have normal sperm, so we pick the best that is there. Some types of abnormal sperm morphology have been linked to higher incidences of chromosome issues.

After sperm selection, the sperm tail is broken using the ICSI needle. This is done to stop motility or movement and to facilitate an acrosome reaction. If this breaking process is not done completely or effectively fertilization rates are not as good. After the preparation and selection of the sperm are complete, one of the eggs is selected. The egg is anchored in a specific alignment and the sperm is injected into the cytoplasm.

ICSI requires a special inverted microscope with a high magnification. The needles used to inject the sperm are tiny glass needles that are disposed of after each patient. There are two micromanipulators that control two tools. These micromanipulators are controlled with joysticks and little motors.

What are the risks associated with ICSI?

The ICSI procedure usually results in a 75% fertilization rate. Damage or cell death can occur during the enzymatic stripping process, during the ICSI process or shortly after. Most practitioners believe this risk is justified because the alternative may be little or no fertilization. When the time, money and emotions have already been invested in an IVF cycle, practitioners want to ensure that there are indeed embryos to transfer. This is why many IVF clinics include ICSI in the treatment of all of their patients.

Even if the patient has had previous evidence of fertilization or implantation, the stimulation process may alter the follicular environment and therefore the zona pellucida and fertilization failure can occur. The American Society of Reproductive Medicine (ASRM) has formed a committee opinion on for when ICSI should be used.

How do I know if ICSI is right for me?

Even though I am a self-proclaimed conservative embryologist, I do believe that ICSI versus conventional insemination is not really a battle worth fighting. More specifically, it is probably worth the risk and financial investment to proceed with ICSI to assure fertilization. It is devastating to have only a few or even no embryos to transfer after the emotional and financial investment has been made for the stimulation phase and the surgical removal of eggs.

If you are concerned about the number of procedures or overall cost, there are other "extra" procedures or cost-saving measures that would be less consequential if not performed. Because of this, some clinics use ICSI with all patients. Other providers may use semen analysis parameters, penetration assays, previous pregnancy or fertilization history diagnosis, egg factors, egg yield, ages of gamete providers and laboratory procedures to determine if ICSI should be ordered.

If you'd like more information on if this procedure is right for you, ask your clinical staff if ICSI should be ordered for you along with insight into their treatment process. As a fair warning, it is possible that the clinical staff may not have a “why” to offer and are simply using ICSI as a prescribed solution to maximize your success. 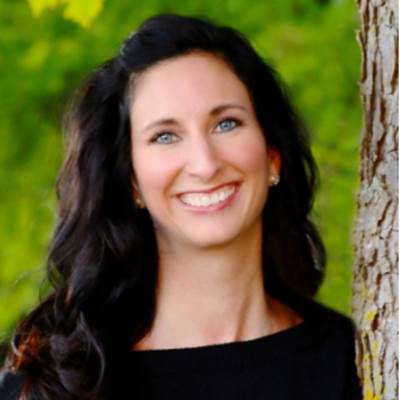 Ashley Haine Wong works as a clinical embryologist and lab supervisor for Midwest Center for Reproductive Health and has an extensive working history in the human embryology field. Ashley trained at the University of Minnesota, holding both a Bachelor of Science degree and a Master of Science degree in Reproductive Physiology. In addition, she has a Technical Supervisor Certificate from the American Association of Bioanalysts (AAB) and is a member of the American Society for Reproductive Medicine (ASRM), College of Reproductive Biology (CRB) and the Society of Reproductive Biologists and Technologist (SRBT). Ashley travels all over the United States as a per diem embryologist and consultant for MedTech for Solutions and is also an instructor at OvaTools Training Institute, where she enjoys teaching, training and mentoring new embryologists. Ashley describes her fertility career as extremely gratifying. She hopes to inspire her patients as she helps them create a family of their own.

Embryo Freezing and Thawing: What You Need to Know