Takeaway: OPK tests can take the guesswork out of ovulation and help you determine when baby-making is most likely to occur.

If you are looking to get pregnant quickly (and have no underlying fertility issues), timing is the key.

The optimal time to conceive is called your fertile window. Peak fertility or ovulation is not standard across all cycles. This means that accurately predicting ovulation is individual. Even those with regular cycles can have highly variable timing of their fertile window.

Because of this, determining ovulation based in a calendar method or calculations (assuming ovulation is day 14 or dividing the length of your menstrual cycle by two) is not necessarily accurate. Monitoring physical symptoms can provide you more information about the actual timing of your fertile window.

This is where ovulation strips can be useful. In order to understand exactly how OPK strips help, it's useful to understand what exactly is meant by your fertile window.

There are only certain days of a woman’s menstrual cycle where she is able to conceive. This 6-day timeframe is referred to as a “fertile window” and includes the five days preceding ovulation and the day of ovulation itself.

This time period is determined by adding together the maximum possible viability of both the sperm and egg.

When an egg is released, it must be fertilized within 12-24 hours or it is reabsorbed back into the body. Sperm are able to live inside of the female reproductive tract in the right conditions for up to 5 days. Together, the possible range for fertilization to occur becomes this 6-day fertile window.

Which days are you most likely to get pregnant?

While pregnancy is possible over this 6-day span, it is most likely to occur during the two days preceding ovulation and the day of ovulation itself. In a study of 221 women, couples who had sex once during this three-day timeframe had a 27% to 33% chance of becoming pregnant.

The study reported that the likelihood of becoming pregnant if you have sex during the fertile window was as follows:

Another study shows that sex on the day prior to ovulation is most likely to translate to pregnancy and that chances of conception drop dramatically to almost 0% after ovulation.

The clinical guidelines have long been that a median menstrual cycle is 28 days with a steady 14-day luteal phase (number of days after ovulation until next period) meaning that ovulation is generalized to occur day 14. Most fertility calendars that calculate your fertile window with only your cycle length likely use this assumption.

There is much more variation among cycles, meaning that this would not be the most accurate way of determining your fertile window. In a large study, the mean menstrual cycle was 29.3 days and follicular phase length, or date of ovulation was 16.9 days.

How to Determine When Ovulation Will Occur

Ovulation predictor kits (OPKs) work by detecting the amount of the luteinizing hormone (LH) present in urine. A surge of this hormone triggers a follicle to release an egg and detecting this surge can be used as a prediction of ovulation. A surge of LH means that chances are high that ovulation is coming up.

The Lowdown on Different Types of Ovulation Test

Most ovulation tests function the same way (detecting LH hormone in urine), but there are differences in sample collection, test method, and how results are displayed. These are some of the variations you can expect to find:

How Results are Calculated

How Results are Displayed

We've rounded up a range of tests and included what we think the pros and cons are. Here are 6 of the best tests for 2020.

Pros: Cost! If the price is your primary concern, this is your pick. Urine collection cups included.

Cons: Need to interpret peak fertility by detecting a line darker than the control line.

Pros: Quantity. If you are a frequent tester, this for you. Bonus: includes 20 pregnancy tests.

Cons: Need to interpret peak fertility by detecting a line darker than the control line. Urine collection cups not included.

Pros: Need to test while on a budget and on-the-go? This test is analog and midstream, making it a lower price and collection cup-free. That's about as public bathroom friendly as it comes.

Cons: Need to interpret peak fertility by detecting a line darker than the control line. Might also need to perfect your aim, if you know what we mean.

Pros: No need to interpret results: No surge detected or surge detected. If you have no interest in tracking a progression of lines getting darker, this is for you.

Cons: Mid-range price point. Not ideal if you want (or can't help but) test frequently.

Cons: Need to interpret peak fertility by detecting a line darker than the control line.

Pros: Automatically tracks data and can replace manual charting. If you like precision, this is for you.

How long does an LH surge last?

The midcycle LH surge is brief, usually lasting for about 48-50 hours with ovulation usually occurring about 36 hours later.

When is the first day of a surge likely to be?

In one study that examined the characteristics of LH surges in 283 cycles, the median cycle day of onset of an LH surge was 15 with a range between day 8 and day 25.

When should I start testing?

It is recommended to start checking OPKs a few days before the expected surge. On average, most women should start between days 9-11, but this is variable depending on menstrual cycle length.

The best time of day to check OPKs is usually mid-afternoon to early evening as the LH surge occurs in the bloodstream early in the morning and then is detectable in the urine several hours later.

What is a double peak or multiple-peak surge about?

While uncommon, some cycles have multiple LH surges. It is possible to have multiple follicular stimulations. This means that your body releases a follicle that does not rupture and subsequently releases a second follicle. With multiple peaks, it is typically the last peak typically indicates ovulation.

When is the best time to have sex after a positive OPK?

The best times to have intercourse with a positive OPK are the day of the positive and the next two days.

Can I rely solely on OPKs for timing intercourse?

Test strips will give you 12-36 hours heads up that ovulation is approaching, but this means that it is possible to miss peak days of cervical mucus by underestimating the fertile window while waiting for a positive OPK test. It is ideal to have sperm waiting in the reproductive tract when ovulation occurs.

Tracking your cervical mucus and watching for egg white-like consistency is still a good idea. This is a sign of high fertility. Measuring your basal body temperature (BBT) can also give you more information regarding when ovulation is occurring. Even though BBT signals ovulation retrospectively it can show which cycle day ovulation occurred.

How Accurate are tests?

Assuming correct usage, most tests will say up to 97% to 99% effective. Test results are sensitive to both the volume of fluid intake and the time of day the test is performed. Check the expiration date of the product you are using.

What can create a false-positive result?

Are OPKs effective if you have PCOS?

The gist: Because PCOS is a hormonal disorder it is possible OPKs (that read LH hormone) will provide inaccurate results.

The short answer: no. A positive result means that your body is trying to ovulate. It is possible for an egg to be released and trigger an LH surge, but not make it into the fallopian tube.

It is also possible that an egg fails to release from a follicle after an LH surge provides the signal. This is known as luteinized unruptured follicle syndrome (LUFS).

Can you ovulate but have no LH surge

The answer is no. LH is required to release a mature egg. It is possible to miss the detection of an LH surge, but you cannot ovulate without a surge.

One study found that there was considerable variation in the length of LH surges. Out of 281 cycles, the mean LH surge duration was 4.8 days with a range of 1 to 16 days.

After a positive OPK, how soon do you ovulate?

A positive result means ovulation will happen within approximately the next 12-36 hours and almost always within 48 hours. The best time to have intercourse is usually the day after the first positive test.

What if you don't detect ovulation?

It may be possible for ovulation to not occur during a cycle. If you notice two or more anovulatory (no ovulation) cycles, it may be an indicator of an issue with ovulation that requires evaluation by a medical provider. 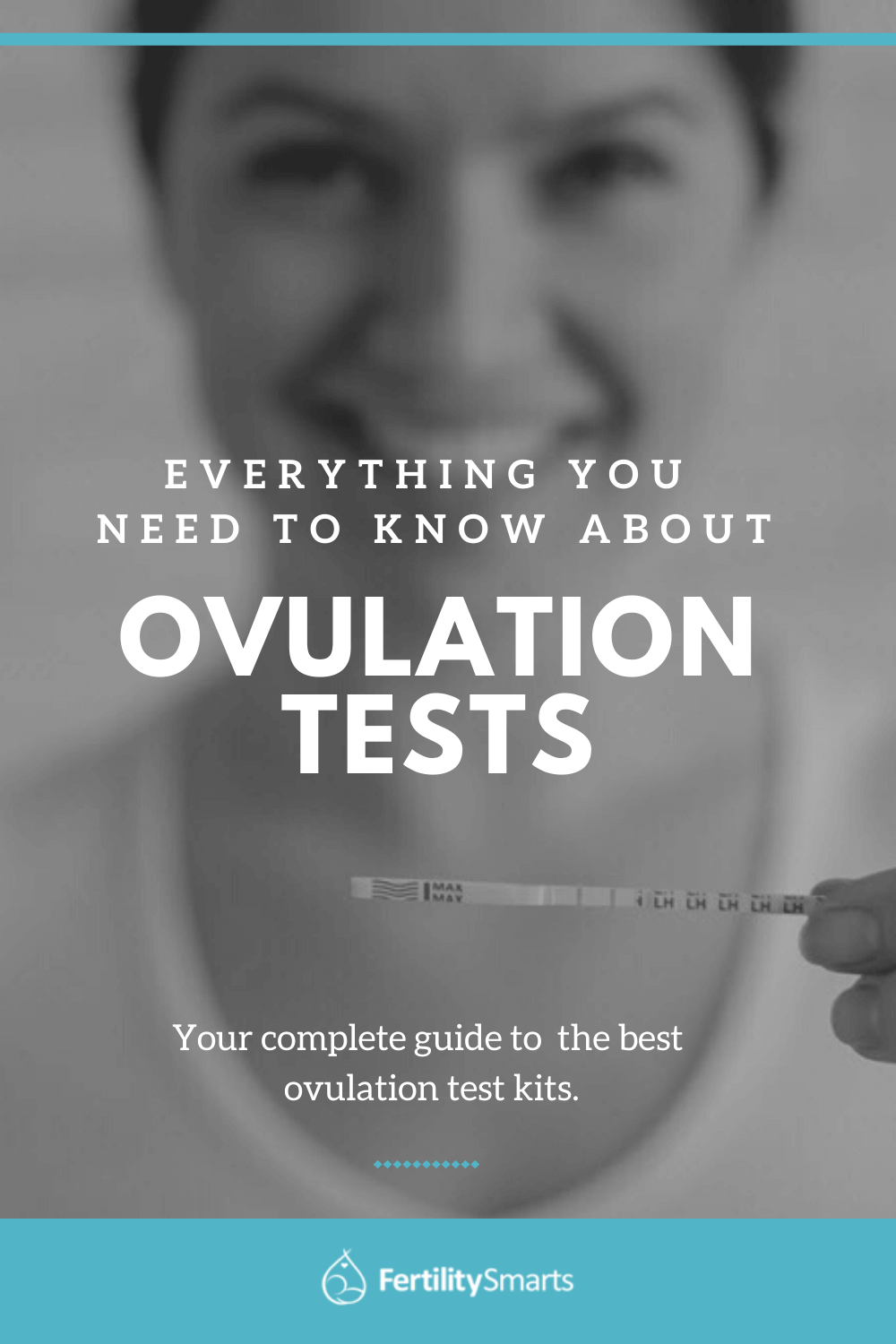 FertilitySmarts uses high-quality sources to support the facts within our content including peer-reviewed studies, academic research institutions, medical organizations, and governmental organizations. Learn more about how we ensure content is accurate by reading our medical review policy.
ADVERTISEMENT

About the Author: Kelly Park 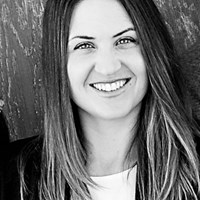 Kelly Park is the founder and editor-in-chief of FertilitySmarts. She is passionate about fertility education and shining light on the many ways people can become parents. Kelly holds a Bachelor of Arts degree in English Literature and a Master of Education degree in Educational Policy from the University of Alberta. She is a firm believer in the FertilitySmarts mission to help people get smart about their fertility.

Facts on Weight and Fertility
Infertility Abbreviations & Acronyms
Luteal Phase Length and Getting Pregnant: Q&A with Dr. Natalie Crawford
Identifying Stages of Cervical Mucus
How Basal Body Temperature (BBT) Can Help You Get Pregnant
5 Myths About Plus Size Fertility