I didn't imagine using the eggs of another woman to conceive my child, but I am so grateful to have a pregnancy of my own.

It’s not exactly living the dream but, for thousands of women each year, (women like me who have struggled to conceive despite years of fertility treatment) getting pregnant with another woman's egg can suddenly become the only viable option if achieving a healthy pregnancy is your goal.

That was my reality, aged 44, after two miscarriages, six in vitro fertilization (IVF) treatments, and five years of sorrow and shame.

Our treatments to date had resulted in a decent egg yield and OK fertilization rates but extremely poor embryo quality. Everything pointed towards the fact that my eggs were of poor quality. My first reaction was to ‘fix’ the problem. So, preparing for IVF #3, I embarked on a strict regime of acupuncture (fair evidence it does not improve results), Chinese herbs (insufficient evidence regarding results), vitamins, and high doses of Coenzyme Q10 which, I’d read, could help improve egg quality.

We did see an improvement in embryo quality —so much so that, by IVF #5, we achieved blastocysts for the first time – which, finally, resulted in a pregnancy! But that was short-lived— a chemical pregnancy, it was over almost before it had begun.

“Rotten luck,” said our consultant. That last cycle yielded our one and only frozen embryo, which also came to nothing.

By this point, I was done. Now, aged 43, it was tough to finally accept ‘defeat’ but I still wasn’t ready, by any means, to contemplate donor conception.

A major part of my hesitation towards donor conception was the moral and ethical questions involved.

We spent a further 12 months mentally jostling the pros and cons of childlessness vs. adoption vs. other routes with the help of a fertility counselor who proved instrumental to our well-being and our decision-making.

A major part of my hesitation towards donor conception was the moral and ethical questions involved. Hundreds of "whys" and "what-ifs" addled my brain, making it near-impossible to move forward:

These are but a few of the many worries I battled with. In the end, our counselor helped us refine our thinking: I made a list of all the things keeping me up at night and then I crossed out the ones that could apply to any parent!

Suddenly my concerns became a lot more manageable, I could focus my energies on a few important questions.

There was still the adoption question. I decided I still wanted my husband to have the chance to be a genetic parent… but I still wasn’t ready to start the donor process.

Related: 5 Emotions You May Experience Before Your First Donor Egg Cycle

At this point our counselor encouraged us to visit an open evening with a UK-based donor agency we had read about, having decided that if a donor was the way forward, we’d prefer a ‘traceable’ UK donor. This event provided the final ‘light-bulb’ moment; there we heard from a young adult who was donor-conceived, a woman who had conceived using a donor egg, and an egg donor.

All three perspectives suddenly helped reassure me that my concerns were perfectly natural and that the process wasn’t as freakish as I’d feared.

The process of finding a donor was fascinating (and stressful). The agency we used matches donors based on physical attributes as well as values and personality. For me, it wasn’t straightforward; my mixed-race heritage meant it wouldn’t be easy to find me a visual match—but we carefully briefed the agency about the characteristics we were hoping for.

Choosing a donor felt like a life-changing decision—yet it was hard to do with only a childhood photo and a short written profile about themselves including why they’ve chosen to voluntarily donate (to protect their anonymity) to guide us.

But we also recognized that we needed to make a leap of faith and we soon found a donor that we felt a connection with, we were GO! Sadly, after several weeks, it became apparent that our donor couldn’t proceed, due to a family bereavement. So, the search began again for a new donor. Thankfully, we didn’t have to wait too long—and, if it’s possible, we found a new donor that was almost a better match than before!

It’s important to say that donor-IVF still doesn’t guarantee a pregnancy at the end of it.

Related: 5 Things I Wish I Could Tell My Egg Donor

A Team of People Behind a Pregnancy of My Own

After a few months of waiting for various test results and synchronizing our periods, our first donor-egg IVF treatment began. It’s important to say that donor-IVF still doesn’t guarantee a pregnancy at the end of it—but my odds suddenly went from 5% to 70% and, finally, luck was on our side, the first time around.

I am now six months pregnant. As soon as I saw a healthy baby in my belly, at 12 weeks and again at 20, my fears about donor conception melted away.

I think of my donor every single day. I will tell my baby, from an early age, about the amazing lady that helped me to become a mommy. But every kick I feel reminds me that it’s me who’s pregnant with our baby and I couldn’t be more excited.

I know that there will be bumps in the road to come as we navigate various situations with our child and those around us, but we’re well prepared for what’s coming and, for now, I’ve finally been liberated from the baggage of infertility and am simply enjoying life as ‘just another pregnant woman.’

Sometimes I have to pinch myself and I’m so thankful to our incredible donor and to our support network of consultants, nurses, and counselors, who have helped me realize my dream of pregnancy and given us the hope of a future we thought would never happen. 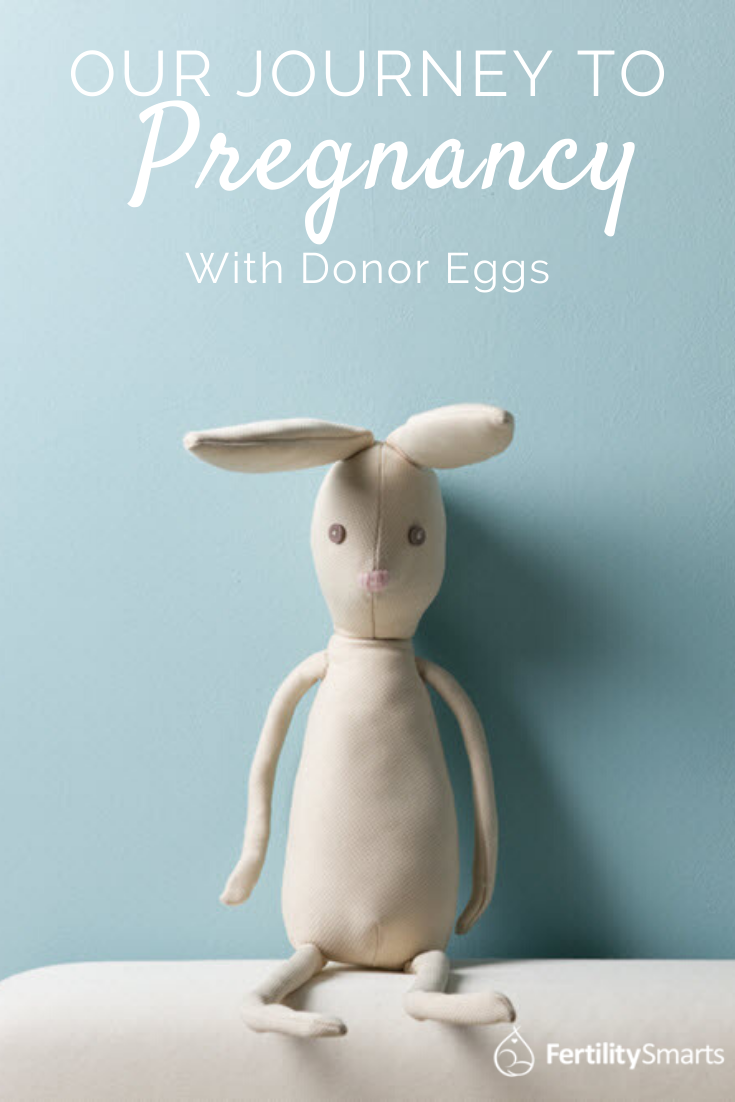 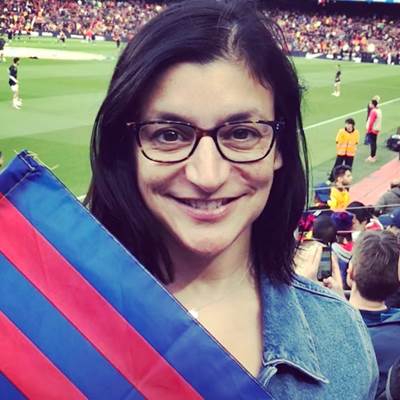 Gina MacCarthy is a 45-year old Londoner and is relatively new to the blogging scene. A self-confessed 'late bloomer', Gina has been harbouring a secret. No matter how hard she's tried, the 'baby plan' didn't quite work out. After six unsuccessful IVF attempts, she decided it was time to try something different. Through her blog MyPlanBForBaby, Gina has documented a very personal journey about how she turned Plan B for Baby into Plan A.