Are Egg Donors Patients Too?

Treating egg donors as the patients that they are is one step towards improving the donor experience.

Over the past several years, I have had conversations with almost 100 egg donors for my egg donor research project and my documentary film. In these conversations I’ve heard repeated complaints from the young women who provide eggs for someone else’s children:

“I feel like I’m just a product to them.”

For anyone using an egg donor—or any professional who works with egg donors—it is important to ask: Do egg donors have a legitimate point? If so, how does “feeling like a product” affect young women’s experiences as egg donors and what can be done to improve donor care? Some minor adjustments can vastly improve egg donors’ experiences. These are young women who take on considerable risk so someone else can have a child. Is there a way to do better by them?

As a researcher, I spent many years talking to people about their experiences with infertility. In my early 30s, I was also concerned about my own ability to conceive when, after surgery to remove two dermoid cysts, I was left with a single, patched up ovary. I am not unfamiliar with what it feels like to face the trauma of involuntary childlessness and failing ovaries. I thought, “If worst comes to worst, I’ll have to use an egg donor who looks like me.” In that space, I had no concept of what that actually might mean for the hypothetical woman who might have helped me have a child.

I understand how someone might become so fixated on achieving the joy of a successful pregnancy and the birth of a newborn baby—whether an intended parent who has struggled for years or a professional in the industry wanting to help them—that it is possible to lose sight of the humanity of young egg donors in the process.

Not the Real Patient

In a recent online article, donor egg IVF was defined as: “An in vitro fertilization (IVF) process that uses the eggs of a donor rather than those of the patient." In response to the post, I asked: “Are egg donors patients too?” The language on the post has changed since I first responded—which is a good thing—but it reflects an underlying perspective that needs to change, that a donor is somehow different than the real patient.

Unfortunately, many egg donors’ experiences reflect the “not a real patient” experience.

After waking up from her egg donation cycle through The World Egg Bank, Rae—a 26-year-old donor—asked her egg donor coordinator for a copy of her medical records. Her coordinator refused to provide her with any records from her cycle. Since egg donors are not seeking treatment when they donate/provide eggs, HIPAA laws requiring access to medical records do not necessarily apply.

Kate, who I interviewed for my documentary film, was 19 when she donated in an open donation to a single intended mother. She started one cycle, which the doctor quickly canceled stating she wasn’t producing enough eggs. On the second cycle, he increased her dosages of fertility drugs. Still, she produced very few eggs and they died off quickly. The physician knew before he even started Kate’s cycle that she had low ovarian reserve from her lab results, but never shared that information with her so she could decide if donating eggs was the right decision.

"My intended mother told me the doctor didn’t want to put bad energy into the cycle, so they didn’t tell me. And they still haven’t told me. Nobody contacted me after I donated my eggs—not the agency, not the doctor, not anyone," Kate said. "I absolutely feel like I have a right to my medical information. They shouldn’t have kept that from me."

These stories are unfortunately not uncommon. In my research, many donors have told me how they were refused copies of their medical records or were denied information or explanations about their anomalous genetic tests results after frantically calling to find out what the results meant.

“The doctor said my medical records didn’t belong to me. They belong to the intended mother, so they wouldn’t even tell me what the results of my genetic test meant. I kept calling because I was scared and no one would talk to me," Jenna, a first-time donor at 21, told me.

In some clinics, even donor follow-up care is lacking:

Several days after her third donation, Brittany, 22, was rapidly gaining weight, and it was getting hard for her to breathe. In one of her earlier donations, she was given a check-up the week following her egg donation. With this new clinic, she was surprised that not only did they not schedule a follow-up visit for her, but she could not even get them to respond:

“This last time I donated my eggs I was in a lot of pain, and I was swelling up with a lot of fluid. I couldn’t even breathe," Brittany said. "But the clinic didn’t care. They didn’t even return my calls. When I finally got a hold of the nurse, she just said, ‘Oh, that’s normal,’ and brushed me off. Since when is gaining 10 pounds in less than a week normal? I ended up having to go to the emergency room. I was literally passing out.”

“The doctor told me I’m an egg-making machine because I produce a lot of eggs. I feel like I’m just a product to them.” - Amanda, 27, 6-time egg donor

Most articles written about egg donation are aimed at helping intended parents—especially intended mothers—sort through their feelings about using an egg donor, and how to find the right donor. Although unintentional, the language used in many of these blogs and articles highlight exactly why egg donors feel more like products and like their humanity is dismissed. Their looks, test scores, and body measurements come under online scrutiny, with women some considered more valuable than others.

One advertisement announced a “Black Friday Special",” with $500 off an egg donation cycle between Thanksgiving and November 30th.

Another blog asks: Which is best? First time donors or repeat donors? One of the benefits of a first-time donor, according to the original post, is that they’re “eager to please,” less expensive, and don’t have signs like “I know more than the doctor syndrome.” Again, the author updated their post to reflect donor concerns, which I applaud. Being mindful of the language we use is an important start.

But the underlying notion that donors should be silent, compliant egg producers, without advocating for their own health and well-being as patients—because “the doctor is in charge”—is something that needs to change. The fact is, some doctors do use aggressive protocols so donors produce higher quantities of eggs. Experienced donors know that if they produced 25 eggs in a prior cycle with a certain medication protocol and a different doctor uses a higher dosage protocol on a subsequent cycle—regardless of how many eggs she produced and regardless of a past history with ovarian hyperstimulation syndrome—that they will suffer if they don’t speak up. Experienced donors who donated at different clinics know the difference between when they are being treated well as patients—and when they’re not.

What Egg Donor Professionals Can Do

I’ve had many conversations with professionals in the industry—from donor recruiters to fertility doctors—and I know most do care about their donors. So what can professionals do to reflect their compassion for young women egg donor patients? Based on my research there are many ways the industry can improve donor care, but here is a start:

What Intended Parents Can Do

Many people would not have the children they have today if it were not for the help of an egg donor. Most of these young women need money to pay for school, student loans, and other debt AND truly want to help other people create their families. If you’re a woman maybe you need an egg donor because your own ovaries no longer work, and you had to work through a lot of grief around not having a genetic connection to your child before you could accept using a donor. If you’re a single person or a same-sex male couple, using a donor will not carry the same emotional weight as it does for a woman with ovarian failure, but choosing a donor is still a complicated process. It is important to remember, she is helping you in your quest to have a child. Here are some things to consider:

Without egg donors, hundreds of thousands of people would not have the children they have today. But there is much to do to improve the process for egg donors. Most donors are young women—between the ages of 18 and 28—and they can be truly compassionate partners on your journey to becoming a parent. They are someone’s sisters, girlfriends, wives, and daughters. In fact, someday someone else’s donor might just be your daughter. Wouldn’t you want her to be treated like a patient instead of a product? 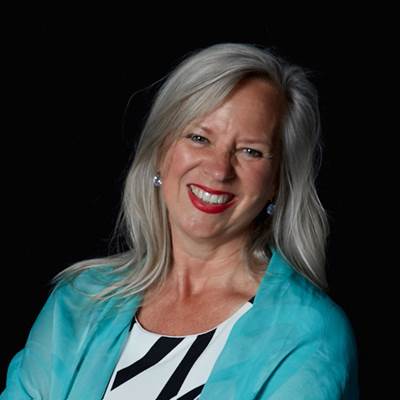 Diane Tober, Ph.D. is an Assistant Adjunct Professor at the University of California, San Francisco Institute for Health and Aging. As a medical anthropologist, she has worked on issues related to donor conception for the past 25 years. She has been conducting research with egg donors since 2013 and is the recipient of a National Science Foundation grant to examine the effects of the socio-cultural context in human bio-markets by comparing egg donation in the United States and Spain. She is also Producer and Director of the documentary film, The Perfect Donor. Dr. Tober's book, Romancing the Sperm: Shifting Biopolitics and Making Modern Families, explores the intersections between the sperm banking industry, sperm donors, and single women and lesbian couples using sperm donors to create their families.

Becoming an Egg Donor: The Recruitment and Screening Process

Navigating the Decision to Become an Egg Donor