Excerpt: The Other Half - What About Men and Miscarriage?

This is an excerpt from Not Broken: An Approachable Guide To Miscarriage and Recurrent Pregnancy Loss by Dr. Lora Shahine. It has been reprinted with permission.

Men contribute half of the genetics of a pregnancy and suffer alongside their partners with loss, but they are so often left out of the research, the care, and the discussions surrounding miscarriage and recurrent pregnancy loss (RPL). This has been true for all aspects of infertility and reproduction for decades and plays into society’s assumption that reproduction is female-focused (and any issues with reproduction are the woman’s fault). More recently, at medical conferences and in medical journals, men’s health is being discussed in fertility and miscarriage, so we are starting to pay more attention to the other half, finally!

With lack of interest, there is a lack of research; and the role of men’s contribution to miscarriage risk is largely unknown. Part of the problem is there is little data and focus on testing to show how men’s health and genetics could play a role in miscarriage. Testing for men is largely focused on basic testing like a semen analysis and some genetic screening, but the best way to interpret these tests remains a controversial topic.

The one risk factor in men that may be associated with increased risk of miscarriage is age. The assumption that men are forever fertile while women’s fertility is intimately linked to age is not entirely true. As men get older, their fertility declines (1), and some studies have shown that their risk of miscarriage increases (2) despite their female partner’s age. Other studies, however, have not shown increased miscarriage risk with advanced paternal age (3). The association of paternal age and miscarriage is controversial and under investigation. Other risk factors contributing to male infertility include obesity, chronic illness, environmental toxins, and lifestyle factors, but these have not been studied thoroughly in association with miscarriage risk for a couple.

Testing the Male Partner in a Couple with Recurrent Pregnancy Loss

A chromosome imbalance in the embryo is the most common cause of first trimester miscarriage (4). Some miscarriage genetic testing techniques reveal the parental origin of aneuploidy so that if a chromosomal imbalance is found in a miscarriage, we can identify whether the egg or the sperm made a mistake. A high percentage of chromosomally unbalanced sperm (aneuploidy) would seem to put a couple at risk for miscarriage, but one study looking at parental origin found sperm mistakes in only 7% of miscarriages tested in their sample (7). This means that in the miscarriages tested, 93% of the time the egg made the genetic mistake leading to a miscarriage from an unbalanced embryo and only 7% of the time the sperm made the mistake. The authors from this study suggest that even if a man in an RPL couple tests for high percentage of aneuploid sperm, that these sperm are likely weeded out of the selection process early, like at fertilization. If this is true, then testing for percentage of aneuploid sperm in an RPL couple may not be very helpful in counseling and guiding treatment.

A logical question from patients who read about this testing is: ‘Can we screen the sperm for chromosome imbalances before fertilization and decrease the chance of an embryo having a chromosome abnormality?’ This is an excellent question, and I wish we could; but it is not possible yet. Currently the FISH testing itself destroys the sperm, and for now, there is no technology available to screen for chromosomally normal sperm before fertilization with the egg. We can screen for chromosomal imbalances before pregnancy, but we can only screen embryos (once the egg and sperm have fertilized), and this requires in vitro fertilization (IVF).

Sperm Chromatin Structure Assay (SCSA). In this test, the sperm is mixed with low pH media or heat to ‘stress’ the sperm, exposing DNA, and dye is added to the sample. The dye will attach to the fragmented DNA and not to intact DNA. A portion of the sperm (tens of thousands from the millions in the original sample) are put through a flow cytometer machine in which a beam of light shines on the DNA and transmits a wavelength from the light emitted from the samples (one wavelength for fragmented DNA and another for intact DNA). A computer calculates the totals and reports a DNA fragmentation index (DFI). In general, a DFI of less than 15% is reassuring and one greater than 30% is concerning for fertility (and possibly miscarriage) issues. The benefits of this test are that it can screen many sperm (although not all), and it has a standard protocol, which decreases variation between labs.

Terminal Deoxynucleotidyl Transferase-Mediated dUTP Nick-End Labeling (TUNEL) Assay. In this test, ‘nicks’ or free ends of DNA are detected in the sperm sample by attaching these ends to fluorescently stained nucleotides (like puzzle pieces fitting together). This allows the detection of single and double-stranded damage within the DNA. The cells can be assessed either microscopically or by flow cytometric analysis. A disadvantage of this assay is its many protocols, which make comparison between laboratories difficult.

Sperm Chromatin Dispersion (Halo) Test. This is a simple, inexpensive kit that measures the intact DNA in sperm. The appeal of this test is the low cost and simplicity, but studies showing its relevance to fertility and miscarriage are lacking.

The degree of efficacy of DNA fragmentation testing for couples with RPL is a controversial topic. Some studies show an association and others do not. One meta-analysis of 12 studies found that combining the findings in these multiple studies showed higher sperm DNA fragmentation in couples with RPL and suggests that this may be a cause for unexplained RPL (9). However, the studies used different assays for testing and different cut offs for considering what is normal and abnormal. Testing men in RPL couples for DNA fragmentation testing sounds appealing, but it is important to know that:

Research is ongoing for DNA fragmentation, but for now, it is not a part of a routine RPL evaluation.

Epigenetics is the study of the impact and influence of the structures around the raw genetic content of DNA that influence which genes are used and how they function. There are some newer tests available evaluating the epigenetics and the function of sperm in relation to infertility, but this is very new and has not been studied in relation to miscarriage risk to date.

In the field of reproduction, we all want to find a way to evaluate the male partners in an RPL couple. Currently, the only expert-recommended test for men in an RPL couple is a karyotype screening for a balanced translocation. Other potential male-focused testing involves sperm tests that have been designed to evaluate male infertility, including sperm aneuploidy testing, DNA fragmentation, and epigenetics in the sperm. These sperm tests are varied, research into their prediction of miscarriage risk is conflicting, and we are left wondering, ‘What next?’

Many men in RPL couples ask for testing and are frustrated when I review what’s available. They see their female partner go through a battery of tests of anatomy, hormones, genetics, and immune system, and the men are offered very little. We review all options, and I focus on what they can do to optimize their health and support their partner.

Interventions for Men in a Couple With RPL

Testing for men with RPL is limited and its efficacy is controversial, but there are still steps men can take to improve their overall health and well-being, which may decrease the risk of miscarriage for the couple. Although research is limited on men’s role in miscarriage, lifestyle changes that can improve one’s overall health would likely improve both sperm function and DNA function.

The emotional impact of miscarriage and RPL is immense for the couple together, but it’s easy for the man’s emotional well-being to be ignored. The physical toll of miscarriage is a burden carried by women, but the emotional toll is shared and can be felt in a different way by men (17). For men, they often want an answer to the problem or a solution they can focus on and help fix. Miscarriage is gray, not black and white, and the lack of control or direct path to the end goal of a baby can be frustrating for all involved, especially men. Men can often feel guilty watching their female partners go through the physical demands of miscarriage – the changes in their body, the procedures, and the testing. Providers and the field of reproduction tend to focus on women with miscarriage – they are the patients who have the pregnancies – and men can feel like they are watching from the sidelines.

Men are grieving in this process as well, and everyone needs to remember that. Both the men and the women in an RPL couple need to focus on their self-care.

At this time, there is little research into testing and treatment for men in an RPL couple, but this is starting to change. In the meantime, while we are still investigating men’s contribution to miscarriage risk, we cannot ignore their role in the journey for the couple. Men should be a part of the consults for the RPL couple, their questions should be answered, and they can be encouraged to optimize their health both physically and emotionally to improve their overall well-being with the hopes of decreasing miscarriage risk. 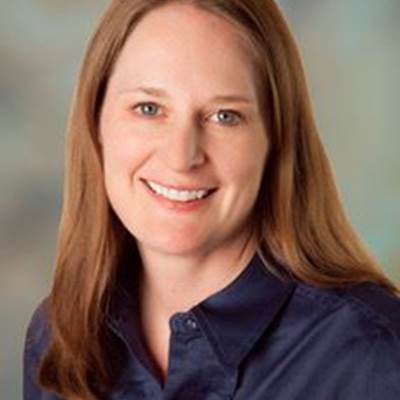 Lora Shahine, MD, FACOG is a board-certified reproductive endocrinologist currently practicing at Pacific NW Fertility and IVF Specialists in Seattle. Dr. Shahine is an accomplished author of many blogs and articles as well as three books.