Your needs matter. No more, no less than hers. That’s a true partnership and you’re going to fully need each other for the journey you’re on.

The primary focus of care and well-being during times of infertility is most often the woman. That makes sense. Even when it’s been discovered that the issue is male factor infertility, it’s the woman who will hopefully become pregnant and, hopefully, gives birth.

Because we regularly view too much in life as binary, the man’s needs are often put on hold during this time. Since she is pregnant, or the focus is for her to get pregnant, the hopeful father is generally in a supporting role—sometimes he even feels pretty lost or as if his needs don’t matter.

But every caregiver needs some care-given and every supporter needs support.

As a hopeful father, have you felt yourself getting lost in the sea of taking care of others? Or noted how your irritability, anger, or “turning away” behaviors may stem from resenting that your needs aren’t being considered?

You’re not alone. And you don’t have to be helpless here. There are steps you can take to get what you need without minimizing or negating what your partner also needs. Doing this can also allow you to be the kind of partner you want to be.

Your Desire for Support is Not a Sign of Your Weakness

Whenever a guy in my practice talks to me about how angry he is about not getting something he wants I ask in my most judgment-free tone: “What’s stopped you from just asking?”

Almost all of the answers involve unhelpful patriarchal notions of strength, weakness, and vulnerability; and “asking for help” brings up all of these notions.

Here are a few things that get in our way:

We are good guys who love those that we have chosen as our partners. We know that they are going through hell, that their bodies are being put through the wringer, and that they’ve been socialized since their first doll (that we probably weren’t even allowed to play with) that they were going to be a Mother one day. Women are very often expected to form their identity around becoming a Mom. The "good guy" in us doesn’t want to even appear for a moment to be getting in the way of that.

Often, we are afraid that if we ask for space for what we’re going through that we’re taking it away from her—and we’re not going to be considered the type of guy that does that! If we start talking about our needs, our fears, our suffering, it isn’t too long before our guilt puts our emotional needs back in second place. And then we don’t get what we need which can lead to resentment and acting out.

We’ve touched on this above, but it’s so insidious that it bears going a bit deeper. We (men) quickly get caught up in the idea that we shouldn’t need anything emotionally more than what we’re getting. If that’s what we’re given, that’s what a man should make do with.

Asking for something more? Putting my needs out there? The idea that I may need some help? That strikes deep at our masculine cores. And to do it during a time like this? This stressful, make-it-or-break-it time? This time when the woman we love is going through so much? There’s no room for me to be taking up space with perceived weakness and neediness. I don’t want to expose that to anyone—including not to myself.

And, in case you’re wondering, one of the worst things you can do with shame is to let it fester inside. Because it’s going to come out. And we’re going to have a lot less say in its expression if we spend our energy squelching it all the time.

One of the deadliest moments for all of us is when we are very small and we have a need—comfort, food, sleep, someone to hold us—and it’s not met. I’ve had elderly men talk to me about a memory from when they were toddlers and their cries were not attended to. They were left alone. They learned early on that they could express a need that would not be met. If this happens enough times we simply stop asking for help. Because after we’ve dealt with the shame and guilt of asking for what we need, the only thing that could be worse is being denied that help.

As kids, our parents are going to let us down—that’s normal—but hopefully, there’s a repairing moment and we hold on to the understanding that usually someone shows up when we need them. We learn to self-sooth and do not need all of our needs met right away. We learn to delay gratification—but that gratification comes. We get fed, burped, changed, and eventually go to sleep.

If you are wanting to dismiss all of this as “kid stuff”—I don’t blame you. But as adult men, not having those needs met consistently as kids can still affect us. It exposes a lot when we allow others the power to say “no.” And then we have to deal with that. It’s one more reason we don’t ask for the help we desperately want.

Read: What Men Should Know About Emotions and Infertility

“I need you,” is not an easy thing to say to someone who’s already going through a lot, but that doesn’t mean it’s not true and it doesn’t mean it shouldn’t be said. Many men are surprised when they discover that the energy they’ve put into hiding a vulnerability from a woman is exactly what she needed to hear.

Mind you, it’s not a plea that she now stop focusing on herself to take care of you. It’s an acknowledgment that you’re in this with her. It’s a closer move toward compassion (which literally means “to suffer together”) and through an uncertain, painful, angering, fearful time like infertility, it’s sometimes the best you can offer each other.

She may have all kinds of unstated narratives about how this is affecting you. I’ve heard many women say, “I know he’s struggling, but he won’t say anything about it.” He won’t say it because of all the above and the worry that you won’t hear it. I’ve also heard, “He’s not saying anything and he just doesn’t seem to really care.”

Read: Hey, Men - It’s Vulnerability, NOT Strength, That Will See You Through Infertility

So be honest. Use your own words to say:

You don’t want to burden her. You want to share with her.

Who Else is In Your Circle?

Many of the straight men I work with (those dealing with infertility or not) have one person in their support system: their wife or girlfriend. That’s not enough. That puts the whole burden of your emotional life on her and it’s what we’ve been talking about avoiding. You don’t want to burden her. You want to share it with her.

Holding it all in makes her have to figure you out (which is emotionally draining). You spilling your guts to only her means she also needs to take care of you.

You’re going to need some more people in your corner.

This isn’t about being disloyal. Too many couples I know who are struggling with infertility are harboring a big secret. Often the only people who know about their struggles are the man and the woman—and her mother. Rarely are others allowed in. That leaves the guy with nowhere to go and reinforces the "strong, silent type" that has been killing men for way too long.

If you have people in your life who you call friends and who you trust, consider who can handle hearing what you’re going through. Are they going to deflect the conversation because it’s too heavy? Maybe, but in my experience, people can surprise us.

If you open the door it’s amazing how many people will start to let you know their “secret” too. Their struggle with depression, fears, loneliness—and their own issues with IUI, IVF, and other infertility issues they were holding in just like you’ve been. It’s a moment of extreme relief when you realize you’re not alone in all of this. But you may need to take the first step. And that takes bravery. And all those things above get in the way: guilt, fear, and shame.

You’re going to need a team. A tribe. One person—a sibling, a buddy—someone who’s not ‘in it’ with you, but ‘in it’ for you.

If you’ve been a bit of a loner most of your life this is going to be a time to really push back against your lack of connections. You’re going to need a team. A tribe. One person—a sibling, a buddy—someone who’s not ‘in it’ with you, but ‘in it’ for you.

We need to stop pretending we can do it on our own. Men die by suicide four times as often as women in the United States. We die by other means earlier too. We were not socialized to be relational and it’s killing us and it will only hurt your current relationship if you put all the onus on her.

Am I undercutting everything I’ve said up to now about letting her in and asking for help with your needs? Only if you see this as either/or. Isolating your needs or spraying them all over the place are just two sides of the same dysfunctional coin.

Isolating your needs or spraying them all over the place are just two sides of the same dysfunctional coin.

We need to find a balance. It’s not easy. It’s just necessary.

Your needs matter. No more, no less than hers. That’s a true partnership and you’re going to fully need each other for the journey you’re on. 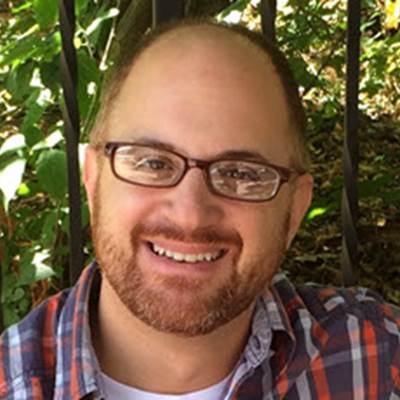 How Men Can Show Support During Infertility