While 97-98% of men with cystic fibrosis experience infertility, it is possible to have biological children with assisted reproductive technology (ART).

After two and a half years of not being able to conceive and a battery of tests and then more tests, we found the cause of our infertility. We were told that my husband had cystic fibrosis (CF). We had no idea what this meant or how he could have just received this diagnosis at age 38!

Despite not fully understanding the implications of the diagnosis, there was one thing we did understand – we would, without a doubt, need in vitro fertilization (IVF) to conceive a child. You see, my husband’s semen contains no sperm—none, whatsoever.

What we now know is that there are varying degrees of cystic fibrosis. My husband has what is considered a mild form, but there’s a whole spectrum of symptoms depending on the mutation of the gene. Cystic fibrosis is a genetic disorder, and it is estimated that one in every 25 people carries a gene mutation for CF.

A carrier will display no symptoms because they will have a second gene (one from each parent), which is normal. For a person to actually have cystic fibrosis, both genes must have the mutation, which means both parents were carriers and, in most cases, never knew. Luckily, I have been tested, and I am not a carrier.

The staggering statistic is that 97-98 percent of men with cystic fibrosis will be infertile. This basically guarantees that as a man, if you have CF, then you will most likely need assisted reproductive technology to conceive a biological child. And yet, the awareness around this is so poor – we just had no idea it was possible, and if it hadn’t have been for us trying to get pregnant, we might never have known. The doctors told us that normally the sperm are present, they just can’t get out, so they can use a technique called a surgical sperm retrieval to go in and remove them physically. My husband and I were really pleased that there were indeed sperm to retrieve and that they managed to get aspirate 3 test tubes. This is the difference between infertility (in our case) and someone who is sterile – which would mean that the sperm were not present at all.

Because the sperm are frozen, the assisted conception technique they use for fertilization has to be intracytoplasmic sperm injection (ICSI). This means that after egg collection, they defrost some of the sperm and then try to pick the one which looks the healthiest. They chop their tail off and insert it directly into the egg.

Only one good quality sperm is needed, and rather than leaving it to chance, a sperm will find the egg in the petri dish as in regular IVF. So far, we have undergone three rounds of ICSI, all of which have failed. My egg quality is not great, and it took a while to get the right drug combination that I responded to. We will keep trying, though; I still find it amazing that science can help us bypass this problem.

Dealing with A Chronic Illness & Infertility

We are not just navigating infertility; we are also navigating life with chronic illness along with infertility. As well as going through fertility treatments, we now have to go to our local hospital every six months to the cystic fibrosis clinic for my husband’s check-up.

Cystic fibrosis in general causes the body to produce thick mucus, which affects the lungs and digestive system in particular. He sees a nutritionist and dietitian who keeps their eye on his physical health; we are lucky to have this provision so close to us. The team is fantastic and always wants to hear about our infertility journey, encouraging us with success stories from other patients.

Although my husband is asymptomatic in that other than infertility, he shows no symptoms; we know that as he gets older, it is likely that he will need additional medical interventions. For example, chest infections can be severe in CF sufferers. For now, though, we are concentrating on our dream to be parents, and we hope it will be the fourth time lucky for us. 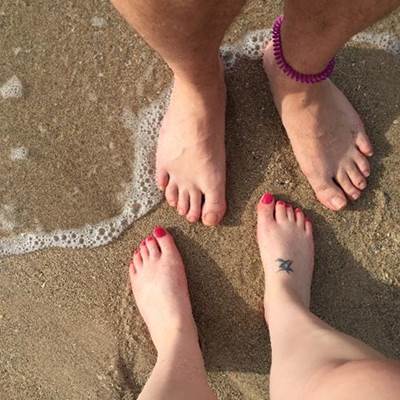 Jessica Jones is an infertility and life blogger. Her aim is to help raise awareness of the issue of infertility, including the effect on physical and mental health. Married in 2012, her husband has a mild case of Cystic Fibrosis, rendering him infertile. To date they have been through three unsuccessful rounds of IVF and are preparing to undertake a fourth. She is a keen writer and volunteer for Fertility Network UK.
Read Bio
Follow:

Surrendering to the Unknown During Infertility