What Does Morula Mean?

The morula is a stage of post-fertilization development when a fertilized egg that is known as a single-celled zygote, transitions to a mass composed of around 10-30 cells.

The primary indication of the morula phase is the presence of many cells with semi-undefined borders that are beginning to melt together. As the embryo compacts, the individual cell walls become fuzzy, creating the presence of a mass that resembles a blackberry. 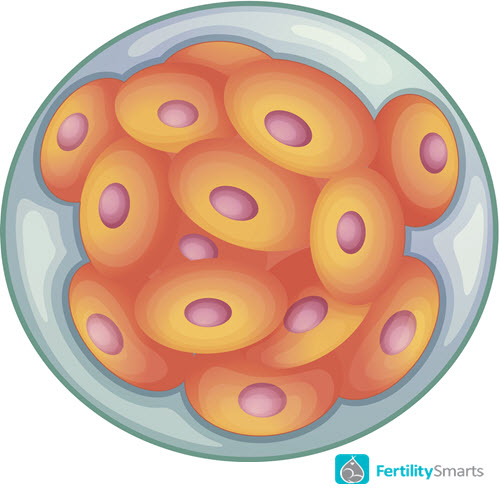 The morula phase is the earliest period during assisted reproductive technologies (ART) that preimplantation genetic testing (PGT) or diagnostic testing is possible. This is done by removing individual cells known as blastomeres.

The major stages of development of an embryo include:

Why did my in vitro fertilization (IVF) cycle fail?