Embryos are graded in an attempt to decide which has the strongest possibility of achieving a successful pregnancy. Each clinic has its own grading system.

If you have undergone or are planning to undergo a cycle of in vitro fertilization (IVF), you will likely have heard that any embryos created through the process are likely to undergo a process of grading. This assessment is done by an embryologist in the lab to assess embryo quality once the cells of the embryo start to divide.

Please note that there isn't one standard method of grading embryos. Each clinic has its own grading system. You will need to ask your clinic how the grading of your embryos is described.

That said, there is some technical terminology involved in understanding the basics of how embryos are graded. We hope this guide can provide you with the knowledge needed to understand how this process may be done at your clinic.

Read: 16 Tips to Prepare for IVF

Why Are Embryos Graded?

Embryo grading is done primarily to assess the overall quality of the embryos and so the doctor can give you information about your IVF cycle both during and after the cycle. It is a way to assign a scientific "value" to each embryo and allows the embryologist to choose the best ones for transfer and freezing.

Embryos with a higher grade are more likely to implant with the uterine lining, most likely because these embryos have a higher chance of being chromosomally normal.

In other words, not all embryos are created equally, and grading helps to select the genetically normal embryos that are more likely to grow.

What if My Embryos Have a Poor Grading?

Most people have a range of grades within their group of embryos from an IVF cycle, and the embryologist will pick the best ones out of that particular group. We have seen babies born from different grades of embryos, so try not to focus on the numbers too much.

Although lower grade embryos have less chance of implanting than their more handsome counterparts, it’s still possible to achieve a pregnancy from embryos that are not ideal when viewed under a microscope.

Remember that the grading isn't totally predictive of implantation, and no scientist can tell for sure if an embryo is going to implant and grow just by looking down the microscope.

To understand embryo grading, it helps to first understand the biology behind embryo growth. When an egg is fertilized by a sperm, it becomes a zygote and is at the 1 cell stage.

To grow, the zygote does not get bigger, but rather it goes through a process of cell division (called meiosis) by dividing from 1 cell into 2 cells, then 4, 8, 16, 32 cells, etc. 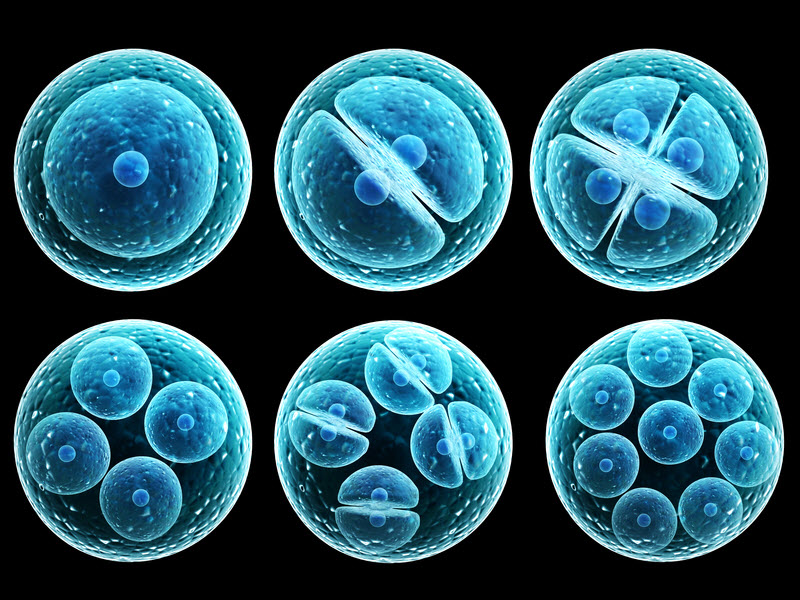 How Does Embryo Grading Work?

In the lab, it is common to see a wide range of quality within a batch of embryos. It’s rare to see all embryos looking identical once they start the process of dividing into multiple cells.

Embryo grading is generally based on:

For example, a lab might have a grading system from 1 to 4, where 1 is the best quality, and 4 is the poorest quality.

Read: 5 Things Your Embryologist Wants You to Know About Your IVF Procedure

For cleavage stage embryos (days 2 and 3 of development), the grade includes two numbers; the first is the number of cells, the second reflects the overall quality of the embryo.

Here is a photo of an excellent grade 8 cell embryo: Here is a photo of a poor-quality 8 cell embryo. You can see that the cells are less distinguishable, and there is quite a lot of fragmentation where pieces of the cell have broken off: 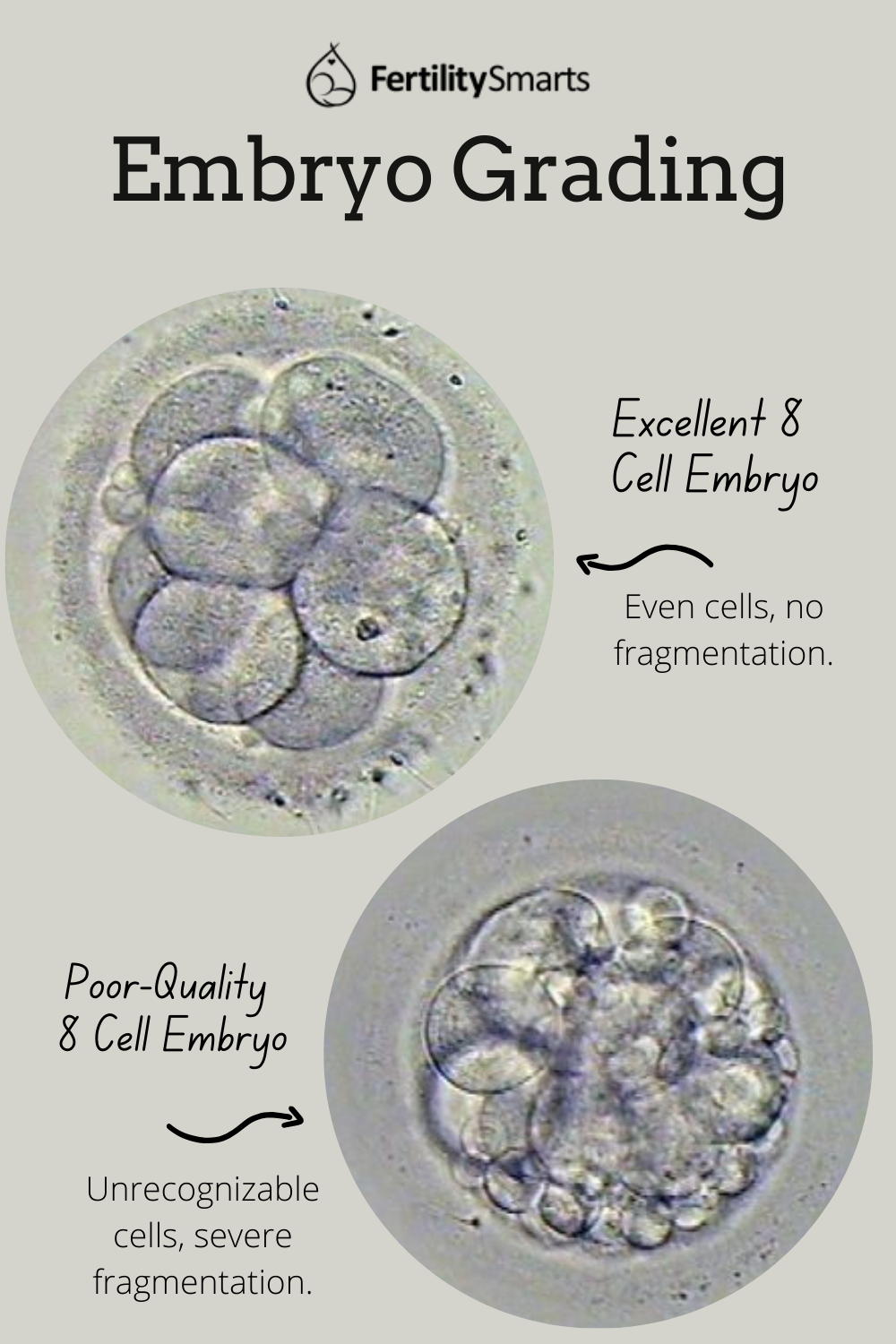 How Does Blastocyst Grading Work?

Around day 5 to 6 of development is the all-important blastocyst stage. Because the appearance of the embryo at this stage is dramatically different from earlier stages of development, blastocysts have their own separate grading system.

There are a total of 3 elements graded to assess quality for each blastocyst. This includes the overall structure (expansion) and the presence of the two different cell types.

At the blastocyst stage, the embryo takes in fluid to form a cavity (labeled below as "C"), so it can expand and hatch out of the protective shell called the zona pellucida. This hatching is necessary for an embryo to have cell-to-cell interaction with the uterine lining and implant within the uterus. The degree of expansion is assessed. (Read about Assisted Hatching for IVF.)

In addition, at this time, the cells begin to differentiate into two different types called: The following is one example of a blastocyst grading system; your clinic may use a different system.

The blastocyst is designated a numerical value between 1 and 6. This reflects the degree of expansion or how much fluid the embryo has taken into the cavity.

A Grade 1 embryo has just started to take in fluid and show signs of expansion and is still in the early stages. As an embryo takes in more fluid, the grading system reflects this with a 2, 3, or 4 grade, depending on how much fluid is inside the cavity and how big the embryo has grown.

The T cells' grading system follows a similar pattern, with A being the best and B, C, and D being poorer quality, meaning the cells are less organized. 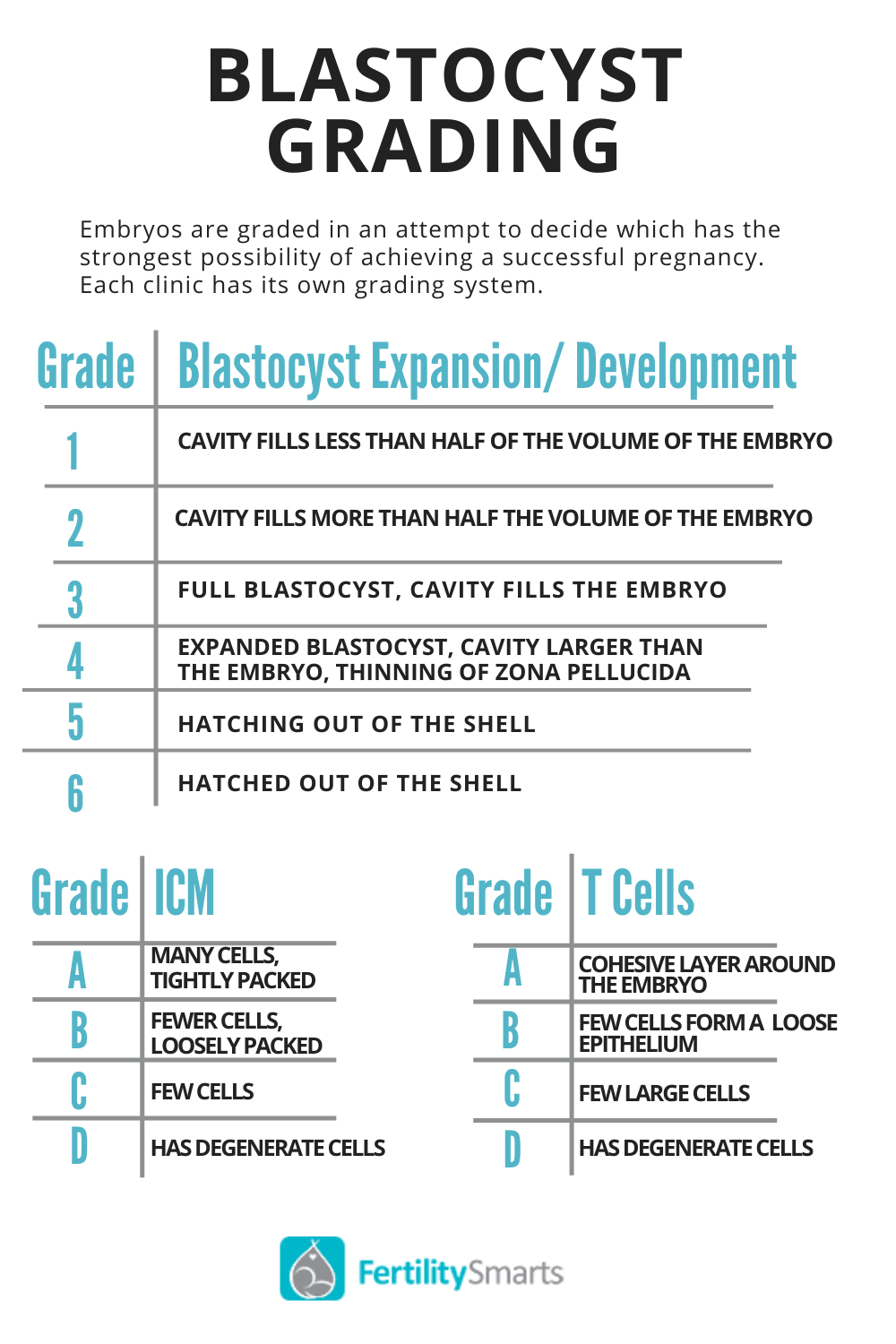 A blastocyst grade is a combination of all of the scales above. For example, an embryo with a grade of 4AA is fully expanded with good-quality and well-organized ICM and T cells.

A grade of 3AB reflects a full blastocyst with a good inner cell mass and less well-organized, or slightly poorer quality, trophectoderm cells.

The Society for Assisted Reproductive Technology (SART) also requires all labs to give a general "good," "fair," or "poor" rating of the overall quality of transferred embryos. Many labs use blastocyst grading to indicate which rating embryos should receive.

Remember that babies are born from all different grades of embryos are most people have a mixture of good, fair, and poor quality embryos from a single IVF cycle.

Remember that babies are born from all different grades of embryos are most people have a mixture of good, fair, and poor quality embryos from a single IVF cycle. 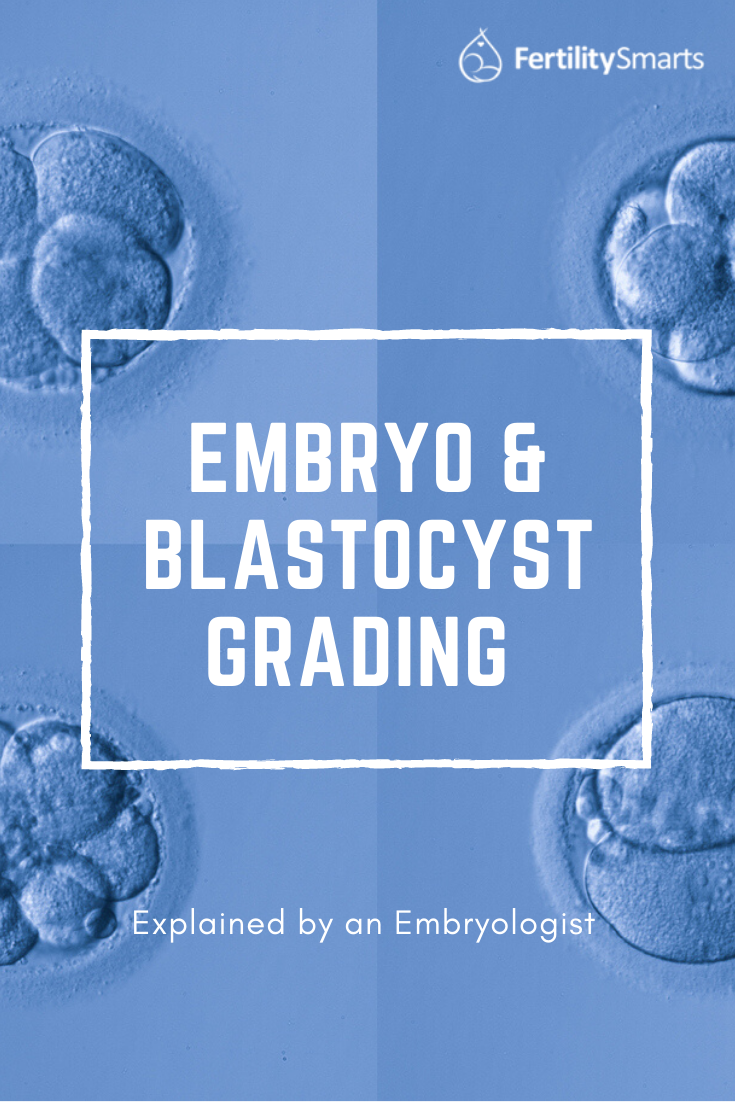 What you need to know about Ovarian Hyperstimulation Syndrome (OHSS)

10 Things You Should Know About Exercise During IVF

An Intro to the In Vitro Fertilization (IVF) Process